British lawyer indicted with Berlusconi says case is a "nightmare"

A British lawyer ordered to stand trial on corruption charges with former Italian Premier Silvio Berlusconi said the case has been a "nightmare," but expressed confidence he would eventually be cleared, a newspaper reported Tuesday. 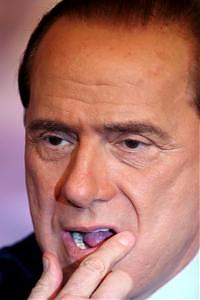 British lawyer indicted with Berlusconi says case is a "nightmare"

David Mills, the estranged husband of Britain's culture minister, also told Corriere della Sera that he does not plan to attend the trial, which opens March 13.

"This is a nightmare that has been going on for 11 years," Mills said in the interview. "I have great respect for the Italian judiciary but I think it's time that this case ends."

Mills told the paper he met with Berlusconi only once in 1995. He said he had contacts with some executives of Berlusconi's companies but added that "after 1997 I no longer had anything to do professionally with the group."

Milan prosecutors say that Berlusconi ordered the payment in 1997 of at least US$600,000 to Mills in exchange for the lawyer's false testimony in two trials against the former premier and media mogul.

A judge indicted Mills and Berlusconi on Monday. If convicted, they could be sentenced to between three and eight years in prison, prosecutors have said.

Mills said he was "under the impression that there was a desire to go to trial anyway." He said the judge who issued the indictment did not have the chance to study an expert report prepared by a Mills adviser, which the lawyer says proves beyond doubt that that payment did not come from Berlusconi.

"I am confident that when the tribunal can examine that report, it will have no difficulty understanding and will come to a conclusion that is favorable to us," Mills said in the interview, which Corriere says was given in Italian.