Nuclear explosion in North Korea less powerful than that in Hiroshima 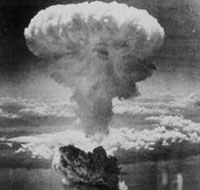 Nuclear explosion in North Korea less powerful than that in Hiroshima

The nuclear test conducted by North Korea was equivalent to 550 tons of TNT, a state-run South Korean geological institute said, which would be far smaller than the nuclear bombs dropped on Japan in World War II.

"It amounts to detonating 550 tons of trinitrotoluene, or TNT, at once," said Park Chang-soo, a spokesman of the Korea Institute of Geoscience and Mineral Resources.