Several hundred people attended a church service near the hoisting shaft at the site of the catastrophe near the southern city of Charleroi. Ex-miners with lanterns prayed next to witnesses and relatives of the victims of the disaster. 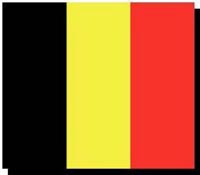 Italy's Deputy Foreign Minister Franco Danieli unveiled a commemorative plaque on behalf of the Italian community, which suffered the most in the Aug. 8, 1956, disaster.

Tributes by Belgian and Italian dignitaries were planned for later Tuesday at the Bois du Cazier colliery in Marcinelle, which has been preserved as a museum and memorial to the victims, the AP reports.

The accident, caused by a fire that broke out in a shaft nearly a kilometer (about a half mile) below ground, claimed the lives of 95 Belgians and immigrant miners from 11 countries, including 136 Italians. Other nationalities included Poles, Greeks, Germans and French. More than 400 children were orphaned.