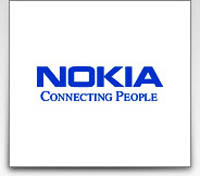 Fifty families in Oulu near the polar circle in northern Finland will test the technology over the next two months, according to the Reuters.

Mobile subscribers with handsets enabled for so-called unlicensed mobile access, or UMA, can make calls over the Internet when they are in range of an unlicensed wireless network such as Bluetooth or Wi-Fi.

When they move out of range, the connection will automatically revert to a GSM, GPRS or UMTS mobile phone network.

The technology has the advantage that carriers can add coverage, for example in remote areas, at low cost with Wi-Fi hotspots instead of having to build expensive base stations.

It could also encourage customers to use mobile phones at home instead of having landline connections, if they have Wi-Fi at home, FOX News reports.