U.S.A.: former chairman and CEO of Hamilton Bank faces up to 10 years in prison 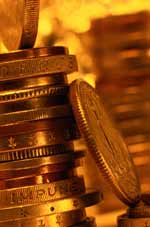 U.S.A.: former chairman and CEO of Hamilton Bank faces up to 10 years in prison

Eduardo A. Masferrer, the former chairman and CEO of Hamilton Bank, faces up to 10 years in prison, as well as large fines and restitution payments. U.S. District Judge K. Michael Moore set sentencing for July 26.

The case revolved around transactions in 1998 and 1999 in which Hamilton Bank moved $20 million (Ђ15.73 million) in loans to Russian entities off the books after they lost value during Russia's financial crisis. The problem loans were swapped for other loans, making Hamilton appear more profitable than it was and enabling Masferrer to get a $1.8 million (Ђ1.42 million) bonus in 1998.

After a nearly monthlong trial, a jury on Wednesday found Masferrer guilty of making false filings to the Securities and Exchange Commission and to bank regulators, obstruction of bank examiners, making false statements and conspiracy.

Hamilton Bank, once a fast-growing trade financier, was closed by federal regulators in 2002 for operating in "an unsafe and unsound manner" and its assets were liquidated. Two other Hamilton executives pleaded guilty to their roles in the scheme and testified against Masferrer.