The foreign ministers of Iran's neighbors, Turkey and Pakistan, said Thursday that diplomacy must be given a chance to solve the nuclear crisis over Iran, with Turkish Foreign Minister Abdullah Gul adding that "nobody wants war." 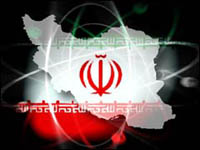 "Pakistan is against the use of force," the country's Foreign Minister Khursheed Kasuri told reporters during a joint news conference. "We do not wish to have an unstable border with Iran."

"We prefer that diplomacy be given a chance," Kasuri added.

Gul said: "Nobody wants war and especially not Turkey."

"Everyone must work for a solution through diplomatic channels," he added.

Iran has consistently resisted calls for it to abandon its enrichment program, saying it is intended for peaceful energy purposes. The United States and Britain _ both concerned Tehran may be trying to develop nuclear weapons _ say that if Iran does not comply with the U.N. Security Council's April 28 deadline to stop enrichment, they will seek a resolution that would make the demand compulsory.

Kasuri said as a signatory of the Nuclear Non-Proliferation Treaty, Iran "has obligations and it also has rights."

He suggested that there was still a chance for diplomacy because several people in the Iranian leadership regard nuclear weapons to be against Islam.

"We must try and find a way out and have an inspection regime ... whereby the concerns of the international community can be met and we have a peaceful and diplomatic resolution to the dispute," he said.

Asked to comment on the Palestinians' new Hamas government, Kasuri said he was confident that the group would "live in peace with Israel."

"The people of Palestine have voted for Hamas and the international community must accept the verdict with good grace," he said.

"Similarly, Hamas will _ I have no doubt _ realize the responsibility of power and assure the international community that it will live in peace with Israel," Kasuri said.

Kasuri is in Turkey on a five-day visit to discuss regional issues and ways of increasing economic relations between two countries that enjoy close historic and cultural ties.

Kasuri was expected to meet President Ahmet Necdet Sezer later on Thursday before traveling to Istanbul to meet with Turkey's business community, the AP says.