U.S. Secretary of State Rice to visit Turkey and Greece

Officials in Greece and Turkey on Wednesday confirmed plans for U.S. Secretary of State Condoleezza Rice to visit their countries next week, before she travels to Bulgaria for a meeting of NATO foreign ministers. The Turkish Foreign Ministry said Rice would be in Turkey , NATO's only Muslim member, on April 26 for talks to focus on the situation in neighboring Iraq . Turkey , which like Iraq has a sizable Kurdish minority, fears that civil unrest there could lead to instability on the Turkish border. 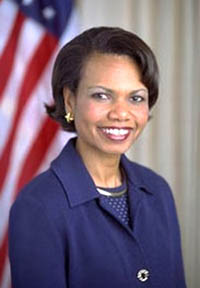 U.S. Secretary of State Rice to visit Turkey and Greece

Rice was set to travel April 27 to Athens , Greece 's Foreign Ministry spokesman Giorgos Koumoutsakos said. He did not give details of what would be on the agenda. Anti-globalization groups in Greece were planning protests against Rice's visit, and the Stop the War Coalition said it would stage a rally the day before, on April 26, to press the government to cancel the trip. Rice was dogged by protests at each stop of her visit to Britain about three weeks ago, with activists criticizing the U.S.-led war in Iraq .

At the end of April, Bulgaria will host an informal meeting of NATO foreign ministers, and expects to sign a deal to host U.S. troops in military facilities. Negotiations are underway to allow U.S. troops access to two Bulgarian bases for training and logistical operations. The locations are the Bezmer air base and the Novo Selo training area both in southeastern Bulgaria . American officials have said they plan to deploy troops on rotational training tours as part of a broader U.S. strategy of shifting troops based in Europe further east, reports the AP.