Myanmar's failure to introduce democratic reforms is detrimental for ASEAN

Myanmar 's failure to introduce democratic reforms is hurting the interests of the 10-country Association of Southeast Asian Nations, East Timor 's foreign minister said Tuesday. Ramos Horta's comments came ahead of an annual informal meeting of ASEAN foreign ministers in Bali this week that will address the sensitive issue of human rights abuses under the military leadership in Rangoon , Myanmar . 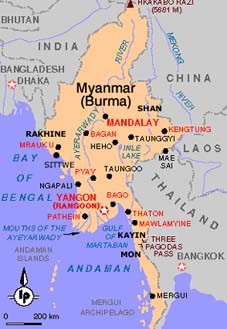 Myanmar's failure to introduce democratic reforms is detrimental for ASEAN

Horta, a Nobel Peace Prize laureate, told reporters in Jakarta the failure to reach a consensus between ASEAN members over Myanmar "is detrimental to the interests of the people of Myanmar ... and ASEAN." Human rights groups say Myanmar is one of the most repressive regimes in Asia .

It refuses to free pro-democracy leader Aung San Suu Kyi, who has been on house arrest for years, or make good on promises to implement reforms. The junta continues to "commit systematic, widespread, and well-documented abuses," including rape, torture and forced expulsions of villagers belonging to the ethnic minority, according to the New York-based group Human Rights Watch. As of late 2004, an estimated 650,000 people were internally displaced in eastern Myanmar and at least 240 villages had been destroyed, it estimates.

Horta said Myanmar 's should look toward Indonesia for guidance in shifting from a military dictatorship to a civilian government. "I am very concern about the situation in Myanmar and I would like to see Indonesia playing an active role in helping to resolve it," he said, reports the AP.