Like their communities, The Sun Herald of south Mississippi and The Times-Picayune of New Orleans took a beating from Hurricane Katrina. Their buildings were damaged, advertisers and subscribers were displaced and circulation dropped. Their struggle to chronicle the catastrophe captured Pulitzer Prizes for public service on Monday, while The Washington Post took four Pulitzers and The New York Times won three. 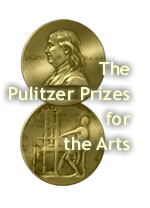 The Times-Picayune was honored for "heroic, multifaceted coverage" to "serve an inundated city even after evacuation of the newspaper plant," and The Sun Herald for what the Pulitzer jurors called "valorous and comprehensive coverage" and "providing a lifeline for devastated readers." In the arts categories, the fiction prize went to "March," Geraldine Brooks' novel imagining the life of the father in Louisa May Alcott's "Little Women." Caroline Elkins won in general nonfiction for "Imperial Reckoning: The Untold Story of Britain's Gulag in Kenya ."

Despite as many as 100 drama entries, none gained a majority vote of the 18-member Pulitzer board and so it did not issue a drama award for the first time since 1997. "There was no clear-cut winner," Sig Gissler, administrator of the prizes, said as the annual awards by Columbia University were announced. Other Pulitzers were distributed across a national spectrum of newspapers, with the Rocky Mountain News of Denver winning a pair in feature writing and feature photography for the same story about a Marine officer who counsels families of troops killed in Iraq .

The Times-Picayune won Pulitzers in two categories breaking news reporting and public service and The Sun Herald also won a public service Pulitzer for its coverage of the hurricane that devastated the region in August. Both papers managed to publish despite building damage and major disruptions of staff, circulation and advertising. The Times-Picayune used delivery trucks to save 240 employees when a broken levee flooded its location.

The paper's staff erupted in a mixture of applause and tears when word of the Pulitzers came, but the customary newsroom champagne toasts were missing. "It was a national tragedy," said Peter Kovacs, managing editor for news. "It would not be appropriate to have champagne."

"We never missed a day of publication and that's a testament to everybody in this room," said Ricky Mathews, president and publisher of The Sun Herald. "We will arise from this terrible situation," he added. "I think our best journalism is still ahead of us." Executive Editor Stan Tiner dedicated the Sun Herald's award to southern Mississippi residents "whose magnificent hearts and spirit moved us every day that we have been privileged to tell the story of their struggle and triumphs."

Katrina coverage also earned a Pulitzer in breaking news photography for The Dallas Morning News staff's "vivid photographs depicting the chaos and pain." The Morning News photos included a striking aerial image of the clouded city submerged with highway interchanges and rooftops jutting out from the gray water. Another aerial shot showed a stranded family on a rooftop with pleas for help scrawled with a last scrap of chalk.

New York Times reporters James Risen and Eric Lichtblau won for stories about domestic wiretapping and a corrupt lawmaker in the national reporting category. The staffs of The San Diego Union-Tribune and Copley News Service, both owned by Copley Newspapers, also won a Pulitzer in that category. Other winners at The New York Times were Joseph Kahn and Jim Yardley, for international reporting, and Nicholas D. Kristoff for commentary, particularly his columns about genocide in Sudan . Kristoff and his wife, Sheryl Wu Dunn, won a Pulitzer in 1990 for the Times' coverage of China 's Tiananmen Square democracy movement.

Kai Bird and Martin J. Sherwin won the biography prize for "American Prometheus: The Triumph and Tragedy of J. Robert Oppenheimer." Among the finalists it beat out was "The Year of Magical Thinking," Joan Didion's best-selling book about the death of her husband, writer John Gregory Dunne, which earlier won the National Book Award, reports the AP.