Sept. 11 conspirator Zacarias Moussaoui insists he does not want to be executed, but for the second time he took the stand at his death-penalty trial and spouted off in a way that could eliminate any chance for mercy. 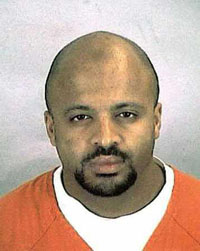 Moussaoui mocked the tearful testimony of Sept. 11 victims and their families and wished for similar attacks every day until America falls. He gave a detailed explanation of his hatred for America, flipping through a Quran on the witness stand trying to find justification for his views.

Both sides made their point at various times, but the most visceral testimony came as Moussaoui again reveled in the aftermath of Sept. 11, 2001, just one day after the jury concluded a week of gut-wrenching testimony from 9/11 families and victims.

Moussaoui called an Army officer who crawled on his belly to safety beneath searing smoke "pathetic" and ridiculed a Navy officer who wept as she described the loss of two colleagues.

"I think it was disgusting for a military person" to cry, Moussaoui said of the testimony of Navy Lt. Nancy McKeown. "She is military, she should expect people at war with her to want to kill her."

Asked if he was happy to hear her sobbing, he said, "Make my day."

Prosecutor Rob Spencer asked Moussaoui: "So you would be happy to see 9/11 again?,’reports the AP.