Chinese vice premier in Poland for talks with president 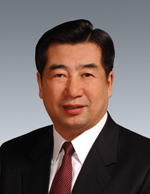 Chinese vice premier in Poland for talks with president

The two governments were to sign a letter of intention to establish a Polish-Chinese agricultural institute, the prime minister's office said.

It is the first visit of a Chinese leader to Poland since President Hu Jintao's three-day trip in June 2004.