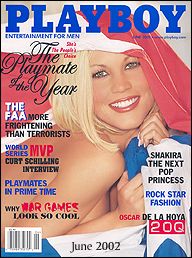 Police plan to ask Playboy magazine not to publish a second edition of its magazine in Indonesia because of fears doing so could inflame Muslim anger, the capital's police chief said Thursday.

"We have asked to meet the editors of Playboy today so we can reach an agreement to delay the publication of the second edition.... so it will not trigger more reaction," said Gen. Firman Gani.

Previously police and government officials have said there no laws to ban the magazine, which does not feature any nudity and is no more risque than scores of other local and foreign publications already for sale, reports the AP.