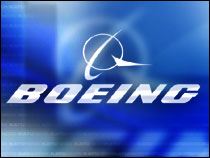 Boeing said Tuesday it signed an agreement with a state company to supply 80 narrow-body 737 jetliners to Chinese carriers. The planes are worth US$4.6 billion ( Ђ 3.8 billion) at list prices, but major buyers usually negotiate discounts.

"So we're well on our way towards achieving the same volume as we did last year," Laird told reporters in a conference call.

Boeing and its European rival, Airbus Industrie, are looking to China as one of their most promising markets.

Boeing says it expects Chinese carriers to buy 2,600 aircraft over the next two decades, reports the AP.