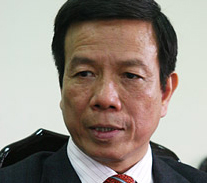 "I'm very saddened and would like to take full responsibility for what happened at the ministry," the Tien Phong (Pioneer) newspaper quoted Binh's resignation letter as saying. "Even though I have tried my best, I have not fulfilled the duty. I therefore would like to resign as minister of transport."

The Transport Ministry has faced intense scrutiny following the January arrest of a senior official accused of betting some US$7 million on European soccer matches.

Several other officials have also been arrested in connection with the case. Deputy Transport Minister Nguyen Viet Tien was suspended last week pending further investigation into his alleged involvement.

In recent days Binh faced numerous public calls to resign. In a highly unusual move, several state-owned newspapers printed letters from the public saying he should be held responsible.

Vietnam has cracked down on corruption recently, arresting scores of people including senior officials for graft at key industries such as oil and gas, telecommunications, transportation and trade, reports the AP.