Members of the U.N. Security Council sought to break a deadlock over Iran 's suspect nuclear program Wednesday, after Britain and France abruptly called off consultations because they were no closer to a deal with Russia and China on how to pressure Tehran to stop enriching uranium, diplomats said. Britain , France and the United States planned to spend much of Wednesday in bilateral talks with each other and Russia and China , going back over proposals for a council statement. They could circulate a new text late in the day. 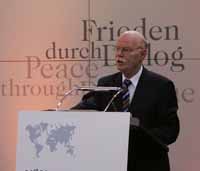 The decision to cancel the council discussion Tuesday reflected the failure of the United States and its European allies to get Russia and China on board during a meeting of high-level diplomats in New York the night before. One council diplomat described that meeting as a setback for British, French and American efforts to craft a tough council response to Iran , which the West believes is seeking nuclear weapons. Russia and China are firm in their belief that any Security Council action should be mild.

"We're trying to get back on track from where we were before last night's meetings," said the diplomat, who spoke on condition of anonymity because the talks were confidential. "The Russians and the Chinese came in guns ablazing." The United States and its European allies want the Security Council to approve a statement reiterating demands by the U.N. nuclear watchdog, the International Atomic Energy Agency, that Iran suspend uranium enrichment, the process that can be used to generate nuclear power or make nuclear weapons. Iran insists that it is not making a nuclear bomb, a claim the United States disputes.

Diplomats said the Russians and Chinese have not budged from their opposition to tough language including a demand for a report in 14 days on Iran 's compliance with the IAEA demands. Moscow and Beijing have said that is not enough time, with China suggesting 30 to 45 days. Council diplomats including U.S. Ambassador John Bolton had hoped for council action Tuesday. But Britain and France decided to reopen talks on a council statement and put off a meeting of all 15 council members.

" France 's opinion is that this message must be strong and precise," France 's U.N. Ambassador Jean-Marc de La Sabliere said. "We still hope that we can reach an agreement." Russia and China also want the IAEA to keep the main role in cajoling Iran on uranium enrichment. They have raised concerns that pushing Iran too hard could lead to its withdrawal from the Nuclear Nonproliferation Treaty and expulsion of IAEA inspectors.

"From the beginning I proposed that if the Security Council is to support IAEA, it is to have a brief political statement and support the IAEA," China 's U.N. Ambassador Wang Guangya said Tuesday. U.S. Undersecretary of State Nicholas Burns told reporters on Tuesday that he remained convinced the council could come to agreement on action, probably in the form of a nonbinding Security Council presidential statement.

"I think there is a great deal of sentiment for a presidential statement," Burns said in Washington . "I think we will see a statement not too long in the future." Monday's meeting had been intended to discuss broad strategy on Iran as well as a first council response. Britain , for example, has proposed offering Iran a package of unspecified incentives as a way of getting Russia and China to agree to the threat of tougher council measures later on.

But all sides made little headway, emerging only to express concern that Iran has not yet met IAEA demands. The lack of any significant movement after 10 days could lead the Western nations to abandon the presidential statement, which requires the consensus of all 15 council members, in favor of a resolution, a council diplomat said on condition of anonymity because the issue had not been raised with members yet.

That would put Russia and China in the position of having to approve, abstain or veto action against Iran . Negotiations between Iran and France , Germany and Britain , acting on behalf of the European Union, collapsed in August after Tehran rejected an incentives package offered in return for a permanent end to uranium enrichment. Its subsequent moves to develop full-blown enrichment capabilities led the IAEA's 35-nation board to ask for Security Council involvement earlier this year, reports the AP.