Shakira to be immortalised with a statue in her hometown 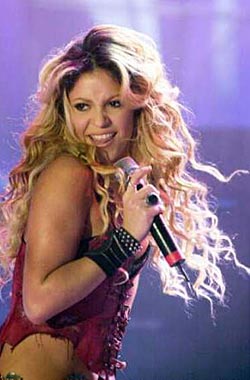 Shakira to be immortalised with a statue in her hometown

The statue was designed by German sculptor Dieter Patt, who decided to make the likeness of Shakira after meeting the singer during her world tour.

The sculpture, which took more than a year to complete, weighs about 5 tons, roughly 95 times as much as the diminutive singer. It will arrive Sunday in Barranquilla, 700 kilometers (435 miles) north of Colombia's capital.

«When the people look at this sculpture I want them to not to think of me but think of every young girl from Barranquilla who is working toward her dreams,» said Shakira when she was shown the statue in November.

Colombian music is experiencing a boom in popularity, with the singers Juanes and Shakira attracting millions of fans throughout the world, reports the AP.