Russian President Vladimir Putin was scheduled to travel to Algeria on Friday for talks on Mideast peacemaking and support for Africa from the Group of Eight, which Moscow chairs this year. "We shall confirm to the Algerian side our intention to actively participate in agreed steps of the world community to render complex assistance to Africa in overcoming acute problems," the ITAR-Tass news agency quoted presidential foreign policy adviser Sergei Prikhodko as saying. 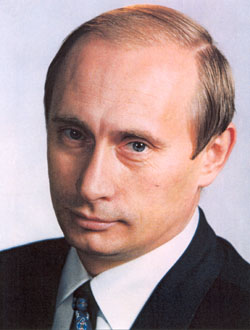 The Russian delegation is expected to sign 14 agreements, including deals on tax exemption, air and sea transport and investment protections, according to the Russian Embassy in Algiers . The two leaders are also expected to discuss Algeria 's US$4.5 billion ( Ђ 3.8 billion) debt to Moscow . Algeria was a leading Soviet-era customer for Russian weaponry and it became one of Moscow 's largest debtors.

Putin's trip comes amid a newly active Russian diplomatic campaign on the Mideast . Last week, Moscow hosted both Iran 's top nuclear negotiator in hopes of striking a deal over the country's nuclear crisis and a high-ranking delegation from the Palestinian militant group, Hamas, reports the AP.