Protesters opposed to the French government's new plan for reducing joblessness were putting Prime Minister Dominique de Villepin to the test Tuesday with marches around France and threats to cut public services, from transport to mail. 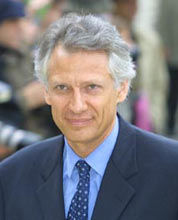 The government has initiated legislation that makes it easier for companies to fire young workers, in the hope that flexibility would spur hiring of 18- to 25-year-olds.

Unions said they expected more than 500,000 people to turn out for demonstrations around the country, after some 200,000 protested the plan in early February.

Air traffic and transport in 35 cities were threatened with delays, but disturbances were minimal at midday.

The Toulouse airport experienced some delays and said 13 round-trip flights, nine of them to Paris, were to be canceled.

Senators in the upper house of the legislature voted 178-127 on Monday in favor of a bill that includes the government's plan for a new employment contract designed to encourage companies to hire young workers, an age group with high unemployment, reports the AP.