Hong Kong will reduce by a third its local chicken population, limiting imports of live birds and restricting new licenses for poultry farms in an effort to combat the deadly H5N1 virus, officials said Tuesday. 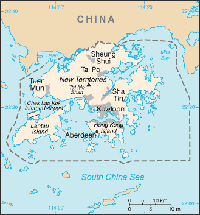 The announcement came as Hong Kong health officials increased measures to prevent a bird flu outbreak in the territory after a new fatal human infection from the H5N1 strain of the disease was discovered in China's neighboring Guangdong province.

China has suspended the supply of live poultry, including newborn chicks, and pet birds to Hong Kong for three weeks as a preventive measure.

Agriculture, Fisheries and Conservation Department spokesman Donald Lam said the government would reduce Hong Kong's chicken population to 2 million from 2.8 million by May and will start capping the number of licenses issued for chicken farms.

"Reducing the local chicken population could lower the risk of an avian influenza outbreak and promptly control its spread if an outbreak occurred," the department said in a statement.

Hong Kong has 139 chicken farms and the current stock of chickens could last for three months, the government said.

Lam said the government will review the decision to ban imports of newborn chicks _ aimed at helping farms gradually reduce their stock, in two weeks to see if an extension is needed.

On Sunday, China's health ministry confirmed that a 32-year-old man in Guangdong became the ninth person to die of the H5N1 strain of bird flu on the mainland.

Including the latest case, China has reported 15 human bird flu infections since October. The World Health Organization on Sunday warned of the possibility of more human cases on the mainland, reports the AP.