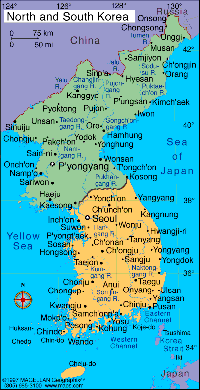 The two countries announced last month that they will begin talks on a free trade pact that, if successful, would be the biggest for the United States since the North American Free Trade Agreement was agreed to in 1993.

Monday's talks in Seoul were focused on preparations for formal negotiations, including the time and place for the first round of trade talks and how to set up committees for industry sectors to be discussed as part of the deal, South Korea's Ministry of Foreign Affairs and Trade said.

Both countries are expected to focus on completing an agreement by June 2007.

The talks face strong resistance from South Korean farmers who have protested violently against any reduction of protections for agriculture, especially rice, reports the AP.