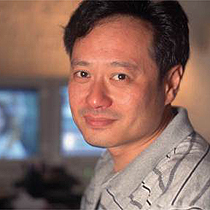 Adept at genres from Westerns to historical romance to martial-arts pageants, Lee won his Oscar for a purely American story about two men tragically swept up in a gay romance that they conceal from their families for two decades.

Born in Taiwan, Lee first came to Hollywood's notice with the romantic charmers "The Wedding Banquet" and "Eat Drink Man Woman," which earned back-to-back Oscar nominations for foreign-language film for 1993 and '94.

Since then, Lee has been a chameleon. He made the Jane Austen costume romance "Sense and Sensibility," a best-picture nominee, the stark American drama "The Ice Storm," the Western "Ride With the Devil" and the martial-arts epic "Crouching Tiger, Hidden Dragon," which won the Oscar for foreign-language film five years ago.

His "Crouching Tiger" follow-up was the comic-book adaptation "Hulk," an unusual commercial departure for the independent-minded director.