Prime Minister Tony Blair was launching plans to overhaul Britain's schools Tuesday and said he is confident he has his party's backing for the much-debated plan. 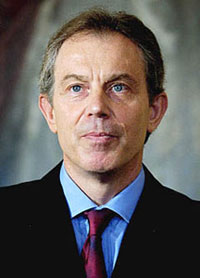 Blair met lawmakers from his Labour Party late Monday to seek their support on the bill his government was to publish Tuesday. He told them he wanted the legislation to be a "Labour bill" he could get through the House of Commons without relying on the opposition Conservatives for support.

"Very often when we have been faced with difficult reform, we have had controversy, but when we persisted and got the reform, we have reaped the benefit of it," he said. "It will be the same again."

He said such reforms were "absolutely the crux of what a Labour government is about."

The bill proposes giving more independence to successful state schools, a move Blair says is necessary to boost standards. He wants to let schools form partnerships with businesses, religious groups and parents' organizations, with more freedom to run their own affairs.

Critics, including many Labour lawmakers and senior figures in the party, have said they fear the proposed changes will lead to a two-tier system, with good schools getting better and weak ones getting worse.

They worry more empowered schools will try to keep out low-achieving pupils.

A group of Labour lawmakers has rebelled against Blair on other issues recently. It would be embarrassing for Blair to have to rely on support from the Conservatives to get the bill through the House of Commons, reports the AP.