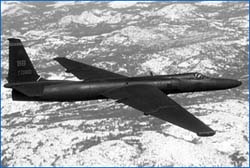 North Korea releases tallies of alleged U.S. spy flights every month. The U.S. military doesn't comment, although it acknowledges monitoring North Korean military activity. Some 29,500 U.S. troops are based in South Korea , which remains technically at war with the North since the 1950-53 Korean War ended in a cease-fire, not a peace treaty, reports the AP.