Plushenko in car involved in accident: no hurt

Hours after Evgeni Plushenko won the Olympic gold medal in men's figure skating, the car driving him to the Milan airport was involved in an accident. Ari Zakarian, Plushenko's agent, said no one was hurt in a chain-collision accident in dense fog early Friday morning. 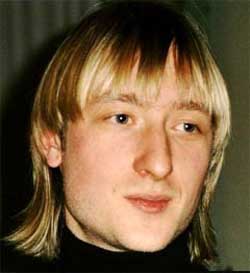 Plushenko in car involved in accident: no hurt

"I can confirm that no one was injured," Zakarian said. Zakarian said Plushenko, his coach and choreographer were being driven to the Milan airport to take a plane back to St. Petersburg , Russia , where Plushenko lives and trains. He is to be honored by the city for his gold medal.

Plushenko is scheduled to be back in Turin in time for the closing exhibition of skating champions on Feb. 24. After that, Zakarian said, Plushenko will have shows in Europe and Asia and Russia and will make a decision "in about a week" if he will go to the World Figure Skating Championships in Calgary from March 20-26, reports the AP.