Spain on Friday appointed a mayor from a city in the northwestern Galicia region as the country's new ambassador to the Vatican , the prime minister said, in a bid to improve relations between Madrid and the Holy See. Francisco Vazquez, A Coruna's mayor for the past 23 years, is a member of the governing Socialist party. 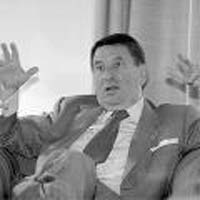 Vazquez, 59, is a popular figure in Galicia and his Socialist party has won absolute majorities in each of the municipal elections it has contested. He is also a senator and president of the Spanish Federation of Municipalities and Provinces.

Prime Minister Jose Luis Rodriguez Zapatero praised Vazquez's long career in public service and said his "job will be to improve relations between the Vatican state and the Spanish government and state." Vazquez replaces Jorge Dezcallar.

Spain 's ties with the Vatican have been strained since the Socialists took office in 2004, mainly because of Zapatero's social agenda, which has included legalizing gay marriage and making it easier for Spaniards to divorce.