A programme of action against terrorism has been adopted Friday in Bishkek to consolidate security and stability in Central Asia. The document is signed by 50 countries, including Russia, the USA, China, Great Britain, Germany and 21 international organizations, with NATO, IMF and Interpol among them. This programme is a concept of joint activities of different countries and international organizations, providing for stiffer international control in this sphere with the UNO playing the chief role. All the signatories are now to introduce legal amendments on prevention of money laundering and on additional welfare benefits for victims of terrorism and their families. They should also provide for higher responsibility for terrorism without infringing on civil rights and freedoms. The programme lays special emphasis on Central Asian countries because of their proximity to Afghanistan and ensuing threats. The world community suggests rendering the states of the region aid in social and economic development as well as technical and financial assistance in border guarding. According to the OSCE president, Rumanian Foreign Minister Mircea Dan Geoaona, terrorism threatening the economic, political and moral values of states, can undermine any society. The governments, mass media and non-government organizations should unite to prevent this outcome, he added.

16:37
Russia puts an end to NATO mission in Moscow
16:22
Turkey to switch from USA's F-35 to Russia's Su-35 and Su-57 fighter aircraft
19:44
Europe unhappy with both too much and too little gas from Russia
17:04
Americans fear Sukhoi Su-57 will 'kill their F-35
16:14
Russian Ka-52 combat helicopters intimidate Turkey with 'death carousel'
13:44
Michelin brings its stars to Moscow for the first time in history
19:33
Will the Russians vote for Putin in 2024?
16:09
Turkish army prepares to invade four Syrian cities
14:57
Russia to resume air traffic with 13 countries in early November
14:07
Russia records largest number of COVID-19 cases since pandemic start
Politics
Russia puts an end to NATO mission in Moscow

Russia is suspending the work of the NATO military mission in Moscow and revoking the accreditation of its employees, Russian Foreign Minister Sergei Lavrov said 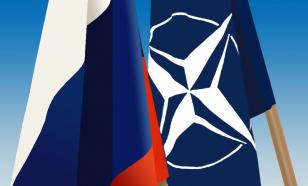 Turkey. The latest and breaking news from Turkey
Turkey to switch from USA's F-35 to Russia's Su-35 and Su-57 fighter aircraft