The United States imposed sanctions against Venezuelan oil and gas company PDVSA. President Nicolas Maduro called them an attempt to take away the country's property and wealth. He urged the United States not to interfere in the internal affairs of the state, but added that he was ready to meet with Donald Trump. 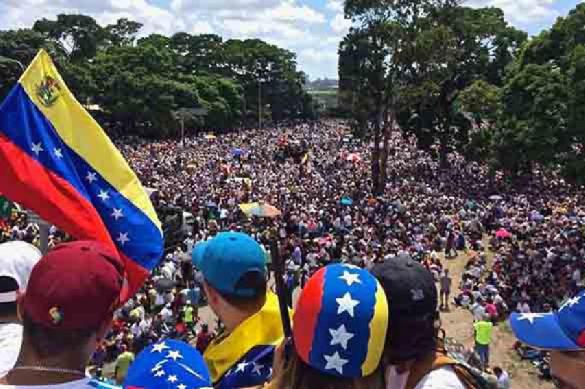 Venezuela's national oil company PDVSA cooperates with China, India, France, but in terms of production volumes, Russia is the biggest partner. Russia's oil giant Rosneft has been working on Venezuelan oil fields since 2013. Over the years, Russia has launched dozens of new oil wells. Russia invests in the exploration and discovery of new Venezuelan wells and introduces new technologies that make it possible to increase production efficiency.

No other foreign company that operates in Venezuela is even close to Russia's oil output capacity. ExxonMobil used to work on the oil fields of Venezuela before the Russians arrived, but the work of the American company was not that efficient. By 2007, Venezuelan authorities had changed the rules of the game in their fields for foreign oil producers and offered them to share. The Americans did not want to share and left. Russia has been working in the Orinoco belt ever since.

One of the versions that may explain the opposition standoff against President Maduro says that Washington decided to return to Venezuela, make the Russians leave and establish its own conditions for the oil business in the troubled country. The technique is traditional: a color revolution, the toppling of the legitimate president and the recognition of an opposition figure as a new leader. Street riots and victims only serve as scenery for the political spectacle that Washington is staging in Venezuela.