Ukraine's sitting President Petro Poroshenko said during his meeting with schoolchildren in Kiev that 89% of the country's population were ready to take weapons in their hands to defend their country. 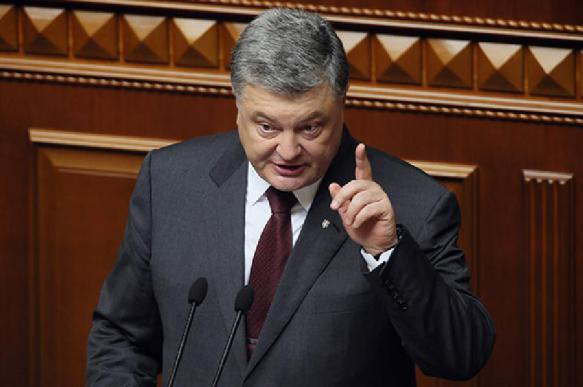 Poroshenko noted that the number of Ukrainian citizens ready for war was only 20% a few years ago. The fact that their number has increased several times is very good news that he was happy to know, he added.

Poroshenko also told children that it took the Kiev government a long time to decided whether one should introduce the martial law regime in the Donbas. In the end, the president said, Ukraine decided not to do it, although the decision was "very difficult." Values of sovereignty, he said, were no less important for the authorities than values of democracy.

It is worth of note that Petro Poroshenko's daughters study in the UK. According to Ukrainian media, they are not going to return to Ukraine and intend to move to France, where they will continue their education.