A batch of chemical weapons has been delivered to Syria to stage a fake chemical attack to subsequently justify another missile attack that the United States intends to conduct on Syrian government troops. 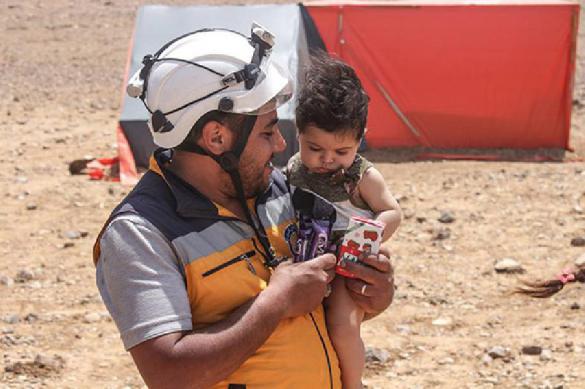 According to Aleksey Tsygankov, the head of the Center for Conciliation of Parties, members of the White Helmets organisation delivered chemical weapons to the warehouse of Akhrar Al-Sham group in the city of Sarakib. According to independent sources, field commanders of the opposition accepted the cargo. Some of the unmarked barrels were transported to another settlement.

It was said that the provocation with the use of chemical weapons was to be staged in the city of Kafer-Zait. The fake chemical attack on civilians will then be used as a reason to strike another missile attack on Syrian government troops.

Representatives of the Russian Defence Ministry said that, according to intelligence sources, the  provocation with the use of chemical weapons could take place in the next couple of days.

Officials with the US State Department said that the United States would strike another blow on Syria if Bashar Assad uses chemical weapons against civilians.

According to the Russian Foreign Ministry, White Helmets take part in the campaign to demonise the Syrian authorities. At the same time, members of the organisation claim that they act in the interests of the civilian population, because they take a neutral position and do not take part in hostilities. However, one could see videos on the Internet, in which White Helmets make staged films about rescuing victims, telling people what to say. Earlier, Syrian President Bashar Assad suggested that White Helmets support Al-Qaeda (terrorist organisation, banned in Russia).

Russia and the United States have concentrated significant naval forces and aviation in the Mediterranean. A false-flag operation with the use of chemical weapons in the province of Idlib may trigger a new round of confrontation in the Middle East.