The Chinese government, together with the Chinese army, has developed a strategy to counter the supremacy of the United States. 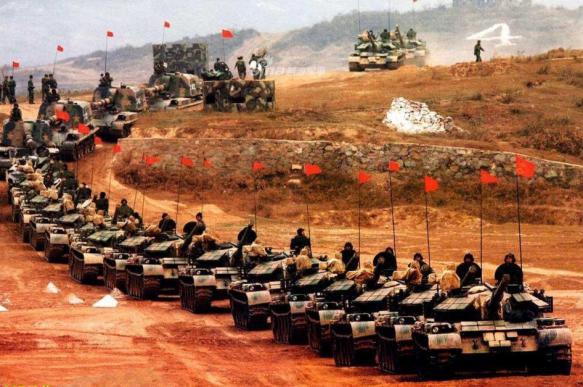 Japanese news agency Kyodo News published an internal document, the provisions of which will give China an opportunity to "outrun" the weakening supremacist state. The document also provides for an opportunity to settle the conflict and win the war with the US.

According to this document, risks of a military confrontation between the United States and China are expected to grow dramatically. In a nutshell, not only does Beijing intend to defend China - the PRC wants to challenge the US domination at sea to win control over sea trade routes.

Kyodo News and the Japan Times said with reference to the document that China is preparing to expand its military presence and influence far from its borders. Journalists point out that the People's Liberation Army of China used to be focused on defending the coastline, whereas in the new era the army must strengthen its capabilities on land, at sea and in the air.

The Chinese military will obey the directives from Chinese President Xi Jinping. Western observers believe that the Chinese leader has made a decisive contribution to the new objective for the Chinese Armed Forces.

Most likely, Washington will view these changes in China's policies through the prism of the notorious American exceptionalism. Until recently, it was only the United States that could declare the whole world the sphere of its national interests, which Washington is ready to defend with the help of military force.

The fear of the Chinese expansion is an important element of American military-political thinking, although it is not so conspicuous against the backdrop of the anti-Russian hysteria in the United States.