Ukraine counts losses it will suffer because of Crimean Bridge

Ukraine will suffer direct losses from the construction of the Crimean Bridge across the Kerch Strait worth about 19 million dollars a year (500 million Ukrainian hryvnias). Indirect losses are evaluated at billions of hryvnias, Ukraine's Minister of Infrastructure Vladimir Omelyan said. 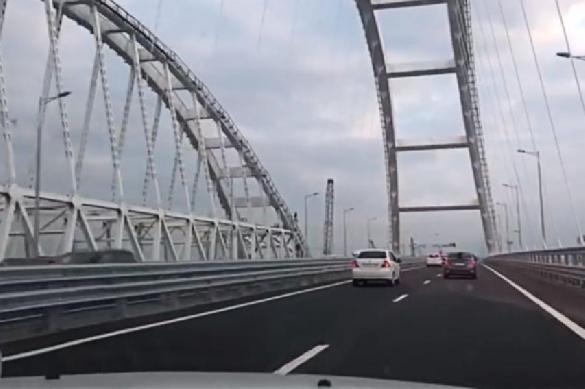 Ukraine will suffer direct losses due to the forced reduction of the tonnage of vessels that will have to navigate under the Crimean Bridge to enter the Ukrainian ports of Mariupol and Berdyansk. The passage of ships across the Kerch Strait is likely to be ceased because of the bridge as well, the Ukrainian official said.

"This bridge is a tool of economic and political pressure on Ukraine. This is a tool to block the Kerch Strait for ships sailing under the flag of Ukraine and all other countries," the minister said.

Ukraine's Foreign Affairs Ministry sent inquiries to international judicial instances. Ukrainian companies also calculated the losses that they are going to suffer because of the Crimean Bridge, and they are going to bill Russia accordingly.

Russian President Putin launched the Crimean Bridge on May 15. He drove a KamAZ truck along the bridge in about 16 minutes. The next day, automotive traffic on the bridge was launched from the side of the Crimea and the Taman Peninsula. The Crimean Bridge became the longest bridge in Russia - it is 19 kilometers long. The project cost Russia 228 billion rubles - the funds were assigned from the federal budget.