Russia will not be the only country to use Crimean Bridge

Russia will not be the only country to use the Crimean Bridge which President Putin is opening today, on May 15. Ukraine and European countries will be able to use the bridge for profitable transit to Asia, Senator Sergei Tsekov of the Republic of Crimea said. 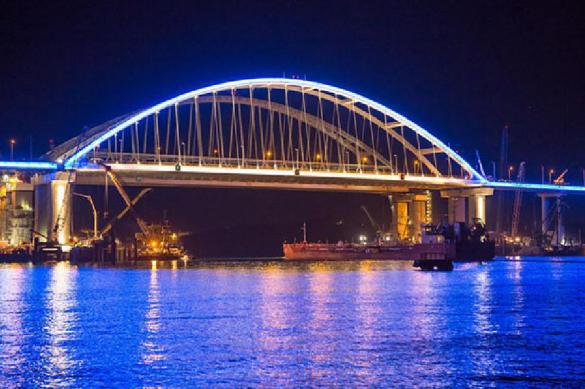 On May 15, Russian President Vladimir Putin takes part in the opening ceremony of the automotive section of the Crimean Bridge - a super 19-kilometre-long construction from mainland Russia to the Crimean Peninsula.

The state contract for the construction of the bridge provided for the launch of the automotive section in December 2018, but the first stage of the project has been delivered six months ahead of the deadline. For motorists, car traffic on the bridge will be opened on May 16 at 05:30 MSK. Local residents - Crimeans and Kuban residents - will be the first to drive through it.

Sergei Tsekov, Senator from the Republic of Crimea, a member of the Federation Council Committee on International Affairs, told Pravda.Ru that the bridge has established direct connection with Russia. "Crimea has now been linked to Russia. This gives us additional opportunities in economy, social sphere, logistics," the official said.

Indeed, the construction of the bridge to the Crimea removes the transport blockade of the Crimea, which will be broken completely when the railway section of the bridge is launched in 2019. "This is a major event for the country after Russia's reunification with the Crimea," Sergei Tsekov said in an interview with Pravda.Ru.

According to the senator, Russia has showed itself as a highly developed technological country having built the bridge. Russia used state-of-the-art technologies for the construction of support structures installed deep into the seafloor. This bridge is not only the longest one in Russia, but also in Europe.

Sergei Tsekov is convinced that the bridge will be protected accordingly from saboteurs. A special service will be established to protect both the surface and the underwater elements of the bridge.