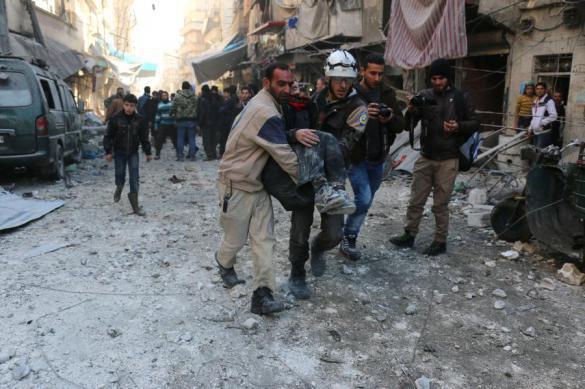 According to CBS, a third of the budget of the organisation accounts for the money allocated from Washington. Now the organisation has been left without the American financial support, even though it was said that the White Helmets were not notified about the completion of their funding.

Predictably, representatives of the organisation were alarmed by such a development. According to them, the news will negatively affect the "ability of humanitarian workers to save other people's lives."

The US State Department declined to comment on the situation. It was said that the United States was looking for alternative sources of funding for humanitarian projects in Syria.

White Helmets persistently accuses Syrian government troops of conducting air strikes against civilians. Russian officials also say that it was the White Helmets that played a big role in staging a chemical attack near Damascus, Syria, to give the Western coalition a reason to start bombing the country without an approval from the UN Security Council.