The Russian embassy in the United Kingdom said that there were high chances that a toxic chemical was injected into the blood of Yulia Skripal before her blood samples were collected. The Russian Embassy demanded the UK should let Russian medical specialists access the woman. 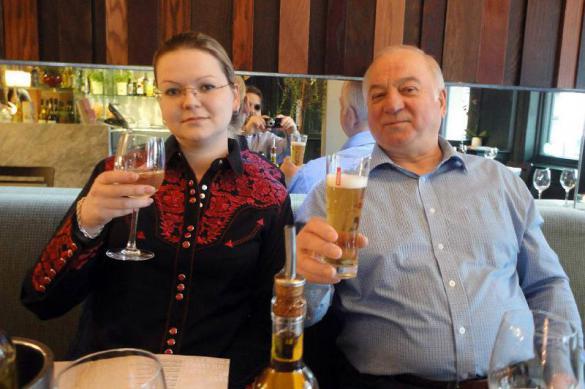 "Russian citizen Yulia Skripal has been illegally detained by the British authorities since March 4, 2018, and her contacts with us have been blocked," a press secretary of the embassy said. He added that Russian diplomats are concerned about the state of the woman's health and the lack of official information about her. The official added that all statements that British official had made so far could not be considered reliable.

According to the embassy spokesman, Russian specialists, having only the OPCW report, do not have a real picture of the situation and can not analyze the events that have happened in Salisbury. They can not assess the possible involvement of British intelligence services in the Salisbury incident either.

Russian specialists ask more and more questions. For example, it remains unclear how a non-decomposed toxic chemical established by Porton Down was found in a blood sample of one of the victims 18 days after the contact, even though the other victim, who suffered a more serious poisoning, did not show such a phenomenon.

According to him, such an observation was not typical of nerve agents, which may indirectly mean, with a high degree of probability, that a chemical agent had been injected into the blood of Yulia Skripal before her blood samples were collected when she was in a coma.

Russia and UK on verge of war because of Theresa May's circus show sergei skripal
Author`s name: Editorial Team
Columnists
Why was it important for Biden to start war in Ukraine?