Following the talks between Russian President Vladimir Putin and his Turkish counterpart Recep Tayyip Erdogan on April 3 in Ankara, Russia and Turkey agreed to accelerate the supplies of S-400 Russian anti-aircraft missile systems to Turkey. 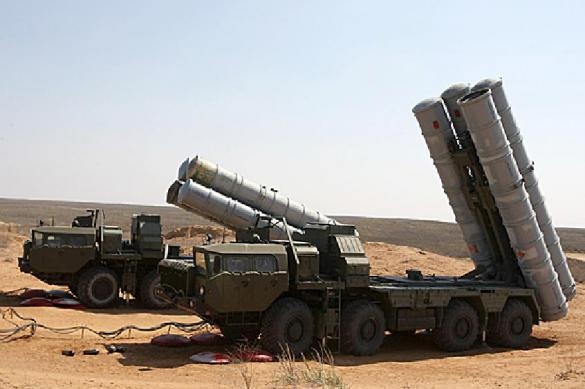 Shortly after the announcement of the agreement, the Turkish side exposed the official date for the start of the deliveries. As deputy head of the Turkish defense industry secretariat, Ismail Demir, tweeted, the deliveries of S-400 Russian anti-aircraft missile systems to Turkey were to start in July 2019.

However, according to the Russian side, Russia will ship the first regimental unit of S-400 Triumf anti-aircraft missile systems to Turkey only in October 2019. The systems will be delivered to Turkey on the Black Sea on board three ships from the port of Novorossiysk, TASS reports.

"According to the recently signed appendix to the contract, the delivery of the two-division regiment unit of S-400 to Turkey will be conducted in October 2019, rather than in early 2020 - almost four months earlier," the source said.

In addition, Russia may transfer the technology of the production of anti-aircraft missile systems to the Turkish side once the sides regulate relevant commercial issues. As President Putin said, there are no military or political restrictions for the transfer of S-400 production technology to Turkey. This is purely a commercial question, he said.