Nadiya Savchenko, a notorious member of the Ukrainian Parliament, was arrested after Ukrainian lawmakers voted to remove immunity from her. 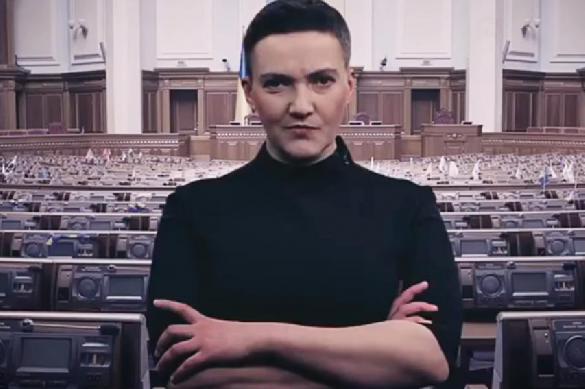 A member of the Security Bureau of Ukraine (SBU) handed a document to the MP about charges against her and announced her detention.

The SBU officer offered to escort her to the car to go to the SBU Directorate, but Savchenko said that she wold rather walk there.

The decision to arrest Savchenko was announced on the sidelines of the Verkhovna Rada, whose members agreed tat the Office of the Prosecutor General of Ukraine could withdraw Savchenko's immunity.

The Office of the Prosecutor General of Ukraine accused Russia of supplying weapons to Savchenko to assassinate President Poroshenko.

Earlier on Thursday, Ukraine's Prosecutor General Yuriy Lutsenko told Ukrainian MPs that he had evidence to prove Savchenko's plans to attack President Poroshenko and commit a terrorist attack in the parliament. According to Lutsenko, Savchenko was working on those attacks in cooperation with former head of the "Corps of Officers" Vladimir Ruban, who had already been detained. According to Lutsenko, the conspirators were planning to open fire from 120-mm mortars in the center of Kiev to cause numerous casualties among civilians.

Nadiya Savchenko was accused of involvement in the attack that killed two Russian state TV journalists, Igor Kornelyuk and Anton Voloshin in June 2014. Savchenko was also accused of handing the location of the journalists to Ukrainian troops that led to their killing. In Russia, she was sentenced to 22 years for those crimes. In May of 2016, Ukrainian pilot Nadiya Savchenko was exchanged for two Russian citizens Alexander Alexandrov and Yevgeny Yerofeyev. She returned to Ukraine triumphantly, where she was hailed as a hero and made a member of the Ukrainian Parliament. Later, however,  she became opposed to the sitting Kiev government. Interestingly, Savhchenko was arrested on the second anniversary of her sentence in Russia. Several years ago, Ukrainian President Poroshenko was among those who were urging the Russian authorities to release her. If convicted of state treason and plotting terrorist attacks, Savchenko may spend many years in Ukrainian jail.