The US military used USS Carney to test a new electronic warfare system. The US destroyer left the Black Sea in early March 2018. 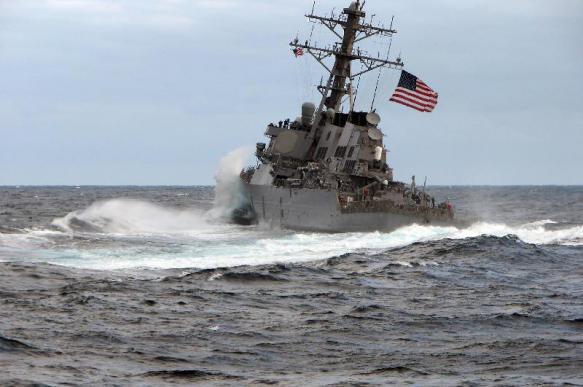 According to The Drive, there was AN/SLQ-32(V)6 equipment on board the destroyer. The equipment was upgraded as part of the SEWIP program (Surface Electronic Warfare Improvement Program) Block 2.

USS Carney had spent two weeks in the Black Sea region on a "mission." It was the first time when two American ground combatants were patrolling a closed body of water since Sea Breeze 2017 drills.

USS Carney was photographed with the new upgraded equipment on board as it was passing through the Bosphorus Strait. It was said that the upgrade for the radar and the signal receiver came as a significant enhancement for USS Carney to counteract missile threats to ships.

The Drive notes that the use of the upgraded AN/SLQ-32(V)6 in the Black Sea gave the US military an opportunity to test systems in the area dominated by Russian radio electronic impact equipment.