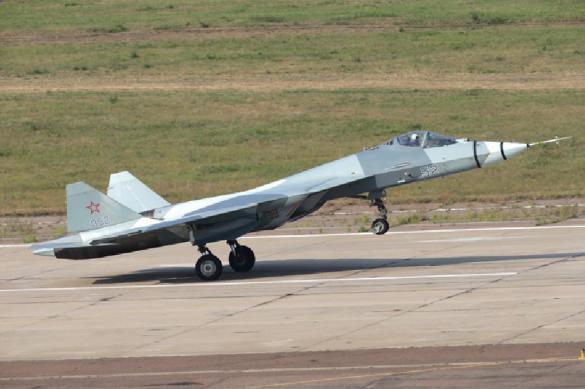 It was also said that state-of-the-art Sukhoi fighters were sent to Syria to demonstrate their capabilities to potential customers.

First videos of Su-57 in Syria appeared on the Internet on February 21-22.

According to editor-in-chief of Arsenal of the Fatherland magazine, Colonel Viktor Murakhovsky, the fifth-generation fighter has several advantages over previous models. The Su-57 is barely visible  on radar screens and is armed with latest aviation weapons housed inside the fuselage.