American diplomat Victoria Nuland said that she could understand Russian culture better after she had worked with Russian fishermen for six months. 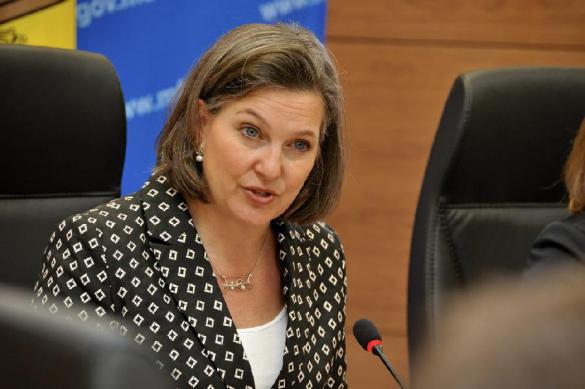 The reason for the story was a video posted by Aleksei Navalny, in which Russian Deputy Prime Minister Sergei Prikhodkov said to businessman Oleg Deripaska that he considered Victoria Nuland a friend, even though she had an aversion to Russia for living with Russian seamen on a fishing boat for six years in her 20s.

Nuland, who served as an official State Department spokesperson in 2011-2013, confirmed that she had lived on the Soviet fishing trawler in 1984, adding that it was not a whaling boat, as Prikhodko said. Nuland also said that living with 80 Russian seamen was a very interesting experience for her, because she could learn Russian culture straight from the source, so to speak.

The American diplomat noted that she had showed interest in the Russian culture during her studies. when she studied the Russian language, but there were no relations between the USSR and the USA in 1983. Having become an assistant to a congressman, Nuland took responsibility to work with Soviet sailors.

According to Nuland, a joint US-Soviet enterprise allowed American sailors to fish in the 20-mile zone and deliver the catch to Soviet sailors, who were not allowed to fish in that part of the sea," the diplomat said.

There were American observers on every Soviet fishing vessel to prevent the catching of rare fish species, Victoria Nuland said in an interview for DW with journalist Zhanna Nemtsova. "We were all young people looking for adventures," she said.

The diplomat said that she was responsible for radio communication between the fish processing vessel and the Americans to ensure the delivery of fish to the deck.