The Washington authorities decided to name a block near the building of the Russian Embassy after Boris Nemtsov. Boris Nemtsov Plaza will thus appear on Wisconsin Avenue between Davis Street and Edmunds Street. 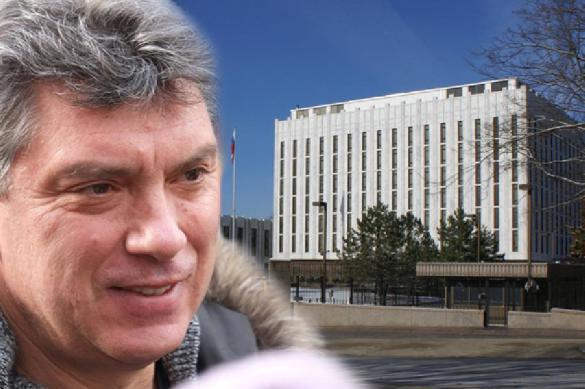 Russian journalist Vladimir Kara-Murza, Jr. explained that the location would be renamed by February 27. The Washington Сity Сouncil said that the symbolic appropriation of the name of the assassinated Russian opposition activist would create a memorial in honour of Boris Nemtsov.

Earlier, a relevant bill was blocked on the federal level. Reportedly, US Secretary of State Rex Tillerson did not want any complications with Russia and allegedly opposed the idea.

Vladimir Kara-Murza stressed that a street and a monument in honour of Boris Nemtsov would appear in Russia some day too.

Opposition activist Boris Nemtsov was killed in the center of Moscow on February 28, 2015. Five Chechens were convicted of his murder, even though they did not plead guilty.

Russia could commit a similar act and rename Novinsky Boulevard in Moscow, where the US Embassy is located, after Edward Snowden or Julian Assange.