Silvio Berlusconi, the leader of the center-right party Forza Italia, stated that sanctions against Russia were harmful to the European Union. 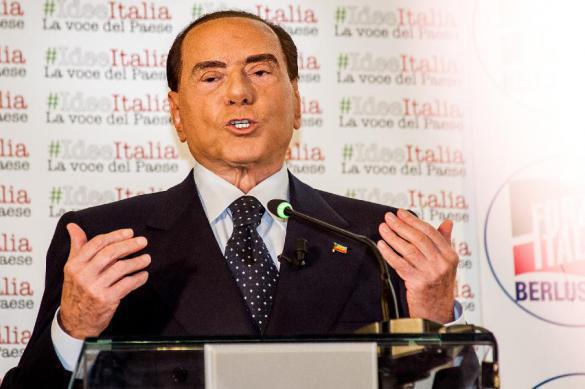 "I think it will be more useful for all Europe to understand that Russia is not an enemy, but a potential ally, and that sanctions are an instrument that causes most damage to us in the first place, to our companies. At the same time, it alienates Russia from Europe, making the dialogue on controversial issues more complicated," Berlusconi said.

Berlusconi admitted that a unilateral step on the part of Italy to lift sanctions from Russia would be detrimental. He said that he would do anything to exclude such a move, Corriere della Sera wrote.

It is worthy of note that the Turkish Foreign Minister Mevlut Cavusoglu stated in the summer of 2017 that sanctions against Russia of the EU and the USA were harmful for the Turkish economy. That is why the country refuses to impose them.

"Russia and the US impose sanctions on each other, and the EU prepares measures against the US, because US sanctions have a negative impact on the EU. We are trying to resolve all issues through dialogue not to drown in these whirlpools," the minister said.

Cavusoglu added that Turkey had experienced many sanctions in the past, so the country can not approve the imposition of new sanctions against Russia - its neighbour and partner.