Recording of acoustic attack on US diplomats in Havana exposed

The acoustic attack on US diplomats in Cuba was an audio recording of sounds on more than 20 frequencies, The Associated Press reports. 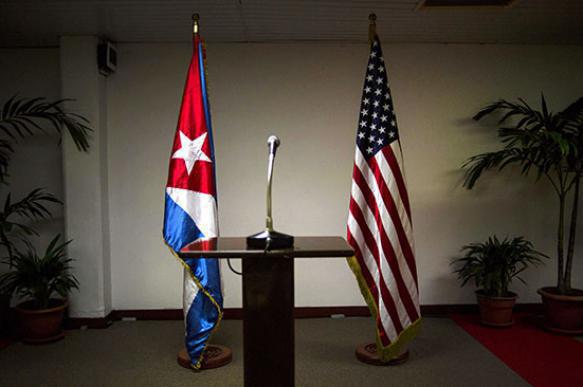 The sounds used for the attack were described as high-frequency sounds of crickets, combined with the sound of nails scratching on wood.

The recording was sent for analysis to a US Navy laboratory, but experts failed to understand how it could harm US diplomats in Havana.

Reports about the incidents, which affected the staff of the US diplomatic mission and their relatives in Cuba, appeared in August. The diplomats complained of such symptoms as loss of hearing, nausea, headaches and balance disorder. The US State Department said that the incidents started happening in late 2016.

Washington reminded Havana of international obligations to protect diplomats, but the Cuban authorities denied their involvement in the acoustic attacks. It was also reported that at least five families of Canadian diplomats suffered from acoustic attacks in Cuba.

The Trump administration ordered to expel 15 diplomats from the Cuban embassy in Washington in light of Havana's inability to take appropriate measures to protect the US diplomatic personnel.