NATO builds up military presence in Romania to counter Russia

On Monday, October 9, NATO has started deploying the new international group of forces in Romania. The troops will be deployed to counteract Russia on the eastern flank of the alliance. With the new move, NATO also intends to test Russia's growing influence in the Black Sea. 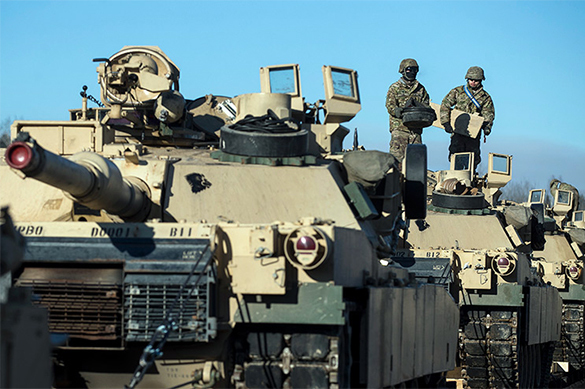 The announcement about the deployment of the new group of NATO forces was made by Romanian President Klaus Johannes during the meeting of the NATO Parliamentary Assembly in Bucharest. "Our goal is peace, not war," the Romanian leader said. "We are not a threat to Russia, but in the long term we need an allied strategy, we need a dialogue with a position of strong defence and counteraction," he added.

In turn, NATO Secretary General Jens Stoltenberg said during the meeting of the parliamentary assembly that the alliance did not want a "new cold war" with Russia. According to Stoltenberg, NATO does not want to isolate Russia, because Russia is its neighbour.

It is assumed that a small group of ground, air and naval forces, consisting of the troops of ten NATO countries, including Italy, Canada, and also Romania, will be deployed in Romania in addition to 900 US military men already stationed in the country. At the same time, it remains unknown how many military men NATO is going to deploy in its latest expansionist move.