Vladimir Putin urged the world community not to succumb to emotions when discussing the problem of North Korea. 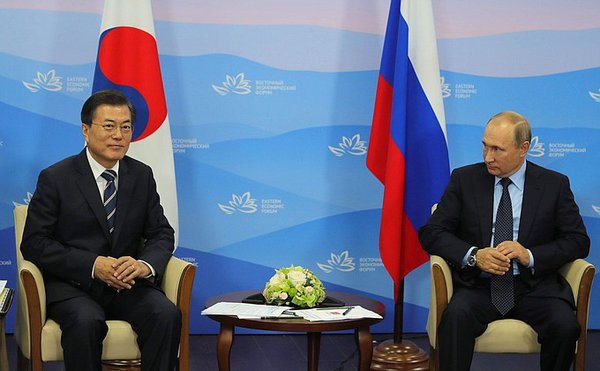 Speech about the DPRK on the margins of the Eastern Economic Forum, during the meeting with  South Korean leader Moon Jae-in. "One should not succumb to emotions and drive North Korea into a corner. Now is the time, when everyone needs to stay calm more than ever before and avoid taking steps that may escalate tensions," Putin said.

Russia and China have already prepared a "road map," which contains specific proposals to ease tensions in the region. Putin recommended everyone should "take a closer look at the initiative."

The Russian president also stressed that he did not recognise the nuclear status of the DPRK, because Pyongyang's missile program grossly violates the UN Security Council resolution, undermines the non-proliferation regime and threatens the security of Northeast Asia. Yet, Russia is ready for dialogue and cooperation with North Korea. For example, Russia considers tripartite projects with South Korea and the DPRK on the supply of Russian gas to Korea and the integration of power grids.