In 2016, North Korea (Democratic People's Republic of Korea, DPRK) showed the fastest growth of its economy in the past 17 years. The economy of the hermit kingdom was growing rapidly as the nation was recovering from the drought of 2015 and spending more funds on defence. 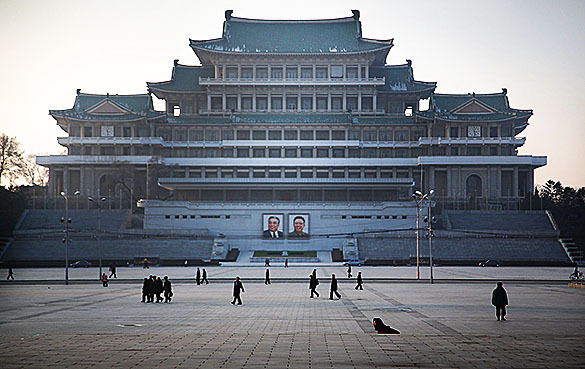 As indicated in the report from the South Korean Central Bank (Bank of Korea), in 2016, North Korea's nominal GDP increased by 3.9% and amounted to 32 trillion South Korean won ($28.6 billion).

A significant contribution to GDP growth was made by industrial and mining sectors. Electricity production soared by the all-time high of 22.3% since 1990.

DPRK's GDP per capita is estimated at 1.46 million won ($1,300). In 2015, North Korea's nominal GDP per capita exceeded $1,000 for the first time since the late 1980s, despite sanctions. However, it should be noted that this is only 4.5% of similar indicators that one can observe in South Korea.

The economic performance of the rogue state for this year remains unknown. However, in February 2017, China completely banned coal supplies from North Korea, even though coal is Pyongyang's main export item. Oil shipments from South Korea to the DPRK were limited as well.

Noteworthy, North Korea does not officially publish the data on its economic performance. The Bank of Korea uses the numbers collected by various departments, including intelligence agencies, before international organisations and various experts draw their conclusions based on estimates from the Central Bank of South Korea.