A monument to children, who were killed during the war in the Donbass, was unveiled in the People's Republic of Luhansk on June 27. The conflict in eastern Ukraine has claimed the lives of 33 children, 47 more were injured. The head of the unrecognized republic, Igor Plotnitsky, said that it was a great loss for the people of the Donbass. 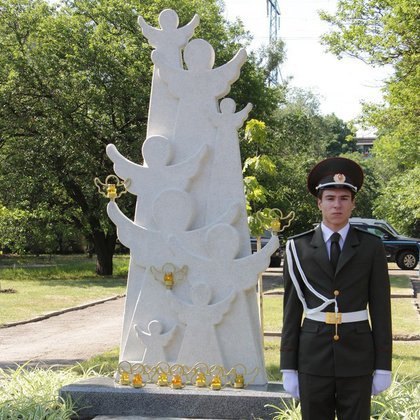 "I have said this many times before and I will continue saying that the only treasure of the republic is its children. This loss is our loss," he said.

A moment of silence was held during the ceremony to unveil the monument. Afterwards, 33 white balloons were released into the sky to symbolize the souls of the killed children.

According to the UN, the war in eastern Ukraine has claimed the lives of 10,090 people, of whom 2,777 people are civilians. This is the official number of victims since April 2014. It is difficult to say how many people exactly have died in eastern Ukraine in the line of fire.

Meanwhile, almost 750,000 children may remain without clean drinking water in the Donbass already in the near future, official representative of the UNICEF in Geneva, Christophe Boulierac said.