What is NATO playing at? The USA is as welcome in Syria as a pedophile in a grade school, as welcome as a poisoner in a kitchen, an arsonist as a forest watchman, as welcome as a flatulent backside at a posh dinner after a diet of beans and fizzy drinks for two weeks. 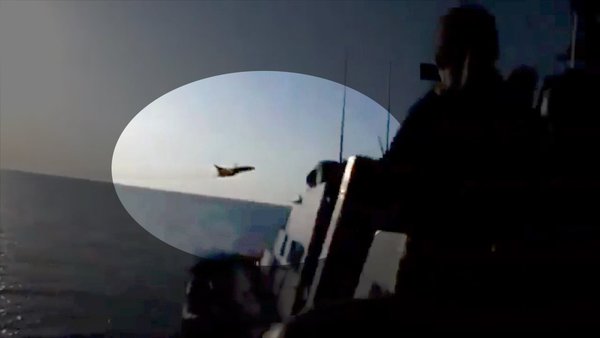 The USA, unlike Russia, was not invited by the Syrian government to intervene in Syria but invited itself as an unwelcome guest to interfere, pretend to be fighting Islamic State but then position itself to topple President Assad when the time is right. The result was the shooting down of a Syrian jet days ago when it was conducting anti-terrorist operations. It was an act of terrorism by the USA. Then yesterday we had the downing of an Iranian drone. Under what right, under what international law?

And then today we have the buzzing of the Defense Minister's aircraft before a Russian jet chased the NATO pirate away. The incident happened over the Baltic when Minister Sergei Shiogu was preparing to visit Kaliningrad (Russian territory in the Baltic).