The deployment of the US THAAD air defence system in South Korea is to be suspended. The authorities of the country do not say that the equipment for the deployment of the system will be taken out from the country. However, they are not going to deliver additional equipment. This will be necessary to study the effects of the system on the environment, Yonhap news agency said with reference to a representative of the administration. 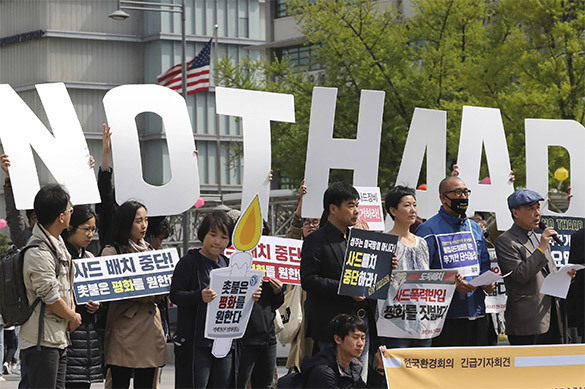 South Korea also tries to find out how elements of the US missile defence system appeared in the Asian country. As it turns out, the equipment has been delivered to South Korea without prior permission from the South Koran authorities. The government approved the delivery of only two launchers within the framework of the deployment of the THAAD system. However, four more launchers were delivered without a prior agreement, and South Korean Defence Minister was aware of that.