Russian diplomats spy everywhere, even in US deserts and beaches 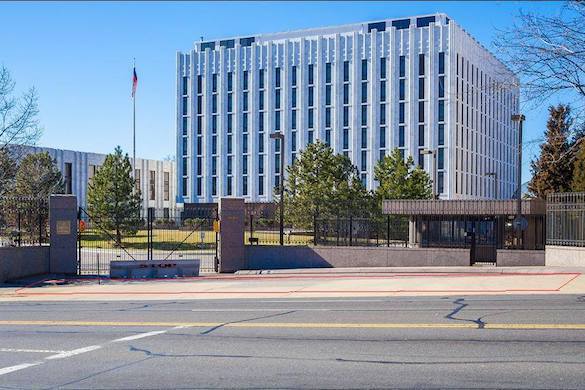 Supposedly, Russian diplomats avoid the eyes of US intelligence when traveling across the United States to make maps of USA's telecommunications infrastructure.

The publication claims that Russian diplomats in the USA act as intelligence officers. They unexpectedly appear even in completely abandoned corners of the USA, the report said.

"The diplomats, widely assumed to be intelligence operatives, would eventually turn up in odd places, often in middle-of-nowhere USA. One was found on a beach, nowhere near where he was supposed to be. In one particularly bizarre case, relayed by a U.S. intelligence official, another turned up wandering around in the middle of the desert. Interestingly, both seemed to be lingering where underground fiber optics cables tend to run," the article says.

Another source of the publication said that US special services had not been paying proper attention to Russia for 15 years. As a result, "the Kremlin is waging a quiet effort to map the United States' telecommunications infrastructure, perhaps preparing for an opportunity to disrupt it."

To crown it all, Russian "spies" are working on the Capitol Hill passing themselves off for lobbyists, entrepreneurs or diplomats. US special agents say that it is easy to zero in on Russian intelligence assets. One only needs to go to an area, where Russian restaurants are located and look for a guy in a track suit.