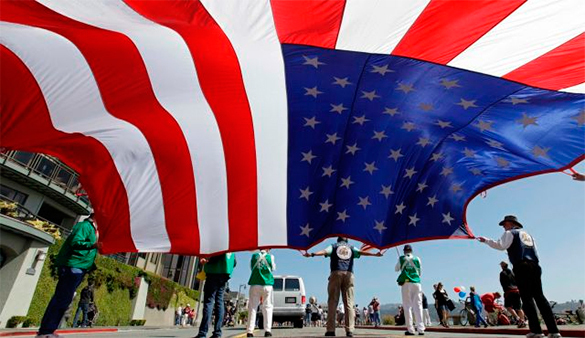 US intelligence agencies continue efforts to recruit Russian diplomats using methods of pressure, deputy head of the Russian Foreign Ministry Sergey Ryabkov said. According to the official, Russian diplomats and their family members may even receive threats from US special services.

"Over the past two and a half years, attempts to recruit our employees have increased considerably. US intelligence services do not stop at most unattractive methods of pressure, right up to threats that they pose to diplomats' families," an official statement from the Russian Foreign Ministry said.

According to Ryabkov, Washington has recently restricted the movement of Russian officials on the territory of the United States.

spy scandal us intelligence special services
15:55
Russia prepares a surprise for USA and NATO in Vietnam and Iran
14:48
Cuba, Venezuela or both? Russia wants USA to know what it feels like to be surrounded by NATO
14:27
Oil prices set records, but Russian ruble doomed to decline further
14:08
Pretty woman of Russian politics refuses to go to Cape Verde
21:37
US sends warplanes to Cuba and Venezuela to monitor Russian missiles
19:27
Three Russian warships set off on a secret mission to Cuba
16:09
Russia successfully completes testing Kinzhal missiles in the Arctic
15:02
Russia redeploys Sukhoi fighter jets, S-400 air defence systems to Belarus
14:37
Russia prepared for new wave of COVID-19, no lockdown planned
13:37
Americans speak with a forked tongue
Health
Four mutants of the coronavirus